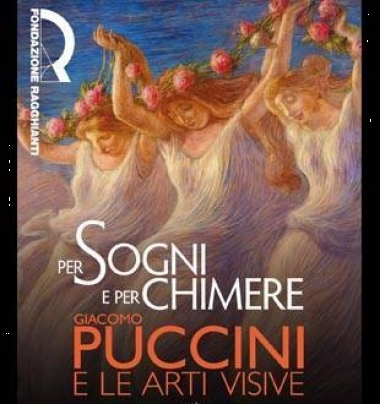 For dreams and for chimeras”. Giacomo Puccini and the visual arts

Event: “For dreams and for chimeras”. Giacomo Puccini and the visual arts

On the occasion of the exhibition “For dreams and chimeras”. Giacomo Puccini and the visual arts, the Berardi Gallery will lend the work “Reietta” by Francesco Paolo Michetti.

The Ragghianti Foundation in Lucca presents “For dreams and for chimeras”. Giacomo Puccini and the visual arts (18 May – 23 September 2018), curated by Fabio Benzi, Paolo Bolpagni, Maria Flora Giubilei and Umberto Sereni, an exhibition that explores the relationship between Giacomo Puccini and the artists of his time and the that the composer and his aesthetics exercised on the visual arts in Italy between the end of the nineteenth century and the first decades of the twentieth century. A research intended to return to the public new elements, suggestive points of investigation and many unpublished works.

Created by the Ragghianti Foundation in collaboration with the Giacomo Puccini Foundation, the Giacomo Puccini Study Center and the Simonetta Puccini Foundation for Giacomo Puccini, with the patronage of the Tuscany Region, the Province of Lucca, the Municipalities of Lucca, Viareggio, Massarosa and Pescaglia, and with the support of the Cassa di Risparmio di Lucca Foundation, the exhibition was born around a nucleus of paintings and sculptures inspired by Puccini (including some of his portraits, by Giovanni Boldini, Giacomo Grosso, Lino Selvatico, Edoardo Gelli, Aleardo Villa, Leonetto Cappiello , Arturo Rietti, Paolo Troubetzkoy) and the characters and situations of his melodramas, although not limited to iconography.

A second important line of investigation is that of the artists linked to the naturalist climate (Pompeo Mariani and Vespasiano Bignami), disheveled (primarily Tranquillo Cremona and Eugenio Gignous) and above all late-disheveled, such as Luigi Conconi and Roberto Fontana, with whom Giacomo Puccini was in contact during his stay in Milan in the 1880s.
No less interesting is the research conducted around those figures of painters and sculptors who, attracted by his personality, were able to leave concrete evidence of their relations with Puccini, sometimes also working in his homes in Versilia: Galileo Chini, Plinio Nomellini, Luigi De Servi, Antonio Discovolo, Guglielmo Amedeo Lori, Edoardo De Albertis, Lina Rosso, Lionello Balestrieri, Libero Andreotti, just to name a few.

Particular attention is paid to the group of Tuscan painters – Ferruccio Pagni, the brothers Angiolo and Lodovico Tommasi, Francesco Fanelli – gathered around the Circolo La Bohème in Torre del Lago and linked to Puccini both from a biographical point of view and for reasons of commonality feel artistic.
Finally, significant are those artists whom the master appreciated and whose works he collected, or who contributed to determining, like Gaetano Previati, an aesthetic taste sensitive to the “musical” suggestion, who found a musical equivalent in the Tuscan composer.

Without neglecting, of course, personalities of notable photographers such as Mario Nunes Vais, Emilio Sommariva, Attilio Badodi and Giovanni Artico, who dedicated particular shots to Puccini, as well as the authors of posters of the first performances of the composer’s melodramas (Adolfo Hohenstein and Leopoldo Metlicovitz) and some scenographic sketches, clothes and furnishing elements.

“For dreams and chimeras” is then divided between the different “areas” mentioned, exhibiting over 120 works – from the most important Italian museums and theaters, integrated by precious unpublished pieces kept in private collections – representative of artists close to the themes and Puccini’s expressive atmosphere, included in the engaging staging of the famous scenographer Margherita Palli (her staging by Andrea Chénier who opened, on 7 December last, the new opera season of the Teatro alla Scala). The space reserved for photography and original documents is also significant, with the aim of presenting an all-round aesthetic trend to which Puccini contributed decisively with his works, in a stylistic climate of transition between late naturalism, Scapigliatura, Symbolism and Liberty.