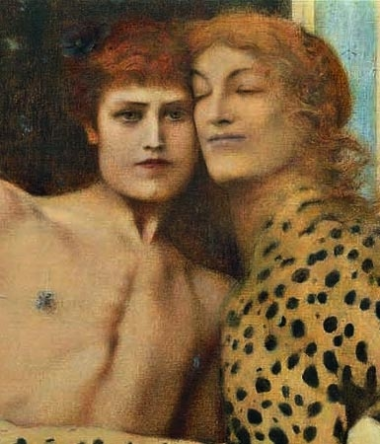 The Symbolism. Art in Europe from the Belle Époque to the Great War

Event: The Symbolism. Art in Europe from the Belle Époque to the Great War

“The Symbolism. From the Belle Époque to the Great War “is a great exhibition that is part of a specific program that Palazzo Reale dedicates to art between the late nineteenth and early twentieth centuries and which has already seen the inauguration of Alfons Mucha and the art nouveau March 20, 2016).

Promoted by the Municipality of Milano-Cultura and produced by 24 ORE Cultura – Gruppo 24 ORE and Arthemisia Group, the exhibition is curated by Fernando Mazzocca and Caludia Zevi with the assistance of Michel Draguet. From 3 February to 5 June 2016, the rooms of Palazzo Reale will offer the comparison of over 150 works between paintings, sculptures and an exceptional selection of graphics, which represents one of the most interesting aspects of the artistic production of Symbolism, coming from important Italian museums and European as well as from private collections, evoking the ideal aspiration of Symbolism to achieve a unitary effect to create a total art.

In the various meanings in which it has manifested itself in Europe – from England to France, from Belgium to the Nordic area, from Austria to Italy – Symbolism has always given great importance to myths and themes that coincided with great values universals of life and death, love and sin, constantly searching for the mysteries of nature and human existence.

Through 18 thematic sections, the exhibition itinerary will evoke the atmospheres and the oneiric dimension that the various artists wanted to reach to overcome appearances: the visitor will cross this period passing from the dreamlike dimension of Fernand Khnopff to the daring iconographic inventions of Klinger, from the demonic representations of Odillon Redon and Alfred Kubin to the representations of the myths of Gustave Moreau, from the feeling of decadence of Musil to the vitalism of Hodler, but also the suggestions of the Nabis, the interpretations of love by Giovanni Segantini and the magic of decoration by Galileo Chini.

On display are various works presented at the Venice Biennials which have been an extraordinary showcase of international comparison, where the protagonists of European Symbolism, such as von Stuck, Hodler, Klimt, have dialogued with the Italians. Among these we should mention above all Sartorio present with the imposing pictorial cycle “The poem of human life”, created for the 1907 Biennale, the one where the famous “Sala dell’Arte del Sogno” was set up, which represented the official consecration of Symbolism . The exhibition closes by immersing the viewer in the fantastic atmosphere of the “Thousand and One Nights”, the decorative cycle created by Zecchin on the eve of the Great War.