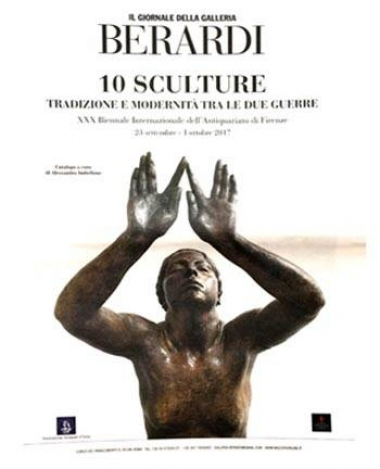 The Journal of Art – 10 SCULPTURES. Tradition and modernity between the two wars

Event: The Journal of Art – 10 SCULPTURES. Tradition and modernity between the two wars

A common language with multiple declinations comes forward, which beyond the stylistic and thematic differences appears to be characterized by a return to the isolated human figure, a marked simplification of forms, a reference to the ancient in a synthetic and modern key.

These are the salient features of an entire artistic season, that of the twenty years between the two world wars, which, starting from the ‘return to order’ following the fire of the avant-gardes of the first decade of the twentieth century, then moved in search of solutions that corresponded to modernity.

Having abandoned the late nineteenth-century realism, the liberty symbolism and the programmatic dynamism of Futurism, the sculptors return to look at Rodin and the powerful presence of the statue, armed with a decisive desire for renewal. This is the case, for example, of Selva, who, starting from an elegant symbolism of Bistolfian ancestry, inaugurated the twentieth century season in Rome in 1919 with his Enigma and Susanna, sculptures with solid volumes and strong lines, which appear to be crossed by a new energy .

The subsequent Ritmi (1922), present in the exhibition, clearly illustrates how the reference to ancient statuary, a key element of the new twentieth century classicism, is used by some of the most experienced artists in an evocative way, to talk to modern man about his anxieties .
The exhibition catalog, curated by Alessandra Imbellone, avails itself of the collaboration of scholars in the sector such as Maria Paola Maino, Manuel Carrera and Eugenio Costantini.