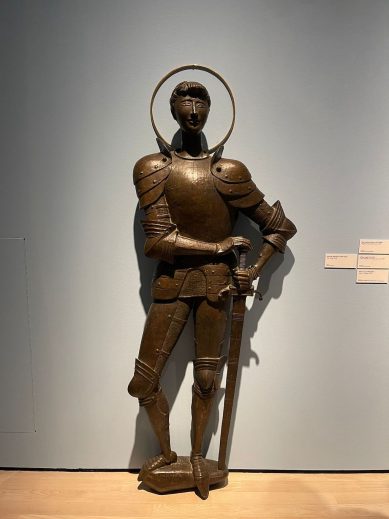 Giotto and the 20th Century

Event: Giotto and the 20th Century

Based on an idea by Vittorio Sgarbi. Curated by Alessandra Tiddia. In collaboration with Musei Civici di Padova.

When I see Giotto’s frescoes […] I immediately perceive the feeling that emerges, because it is in the lines, the composition, the colour.
Henri Matisse

The exhibition presents over 200 works, of which about fifty come from the Mart’s holdings, by modern and contemporary artists inspired by the art of Giotto, the master who revolutionised medieval painting and, according to art historians, inaugurated the modern era.

Divided into seven sections, the exhibition opens with a large immersive installation reproducing the Scrovegni Chapel in Padua. Following a chronological and thematic order, the exhibition continues among works by great authors of the 20th and 21st centuries who share a passion for the figure of Giotto, studied, imitated, or taken as a model of perfection and spirituality. Between Metaphysics, Plastic Values and Magic Realism, the protagonists of the first part of the exhibition are Carlo Carrà, Mario Sironi, Arturo Martini, Giorgio de Chirico, Gino Severini, Massimo Campigli, Achille Funi and Ubaldo Oppi.

The exhibition continues with Rural Atmospheres and Sacred Maternity in which the bucolic subjects and female figures express that recall and idealisation of tradition typical of the period between the two great wars.