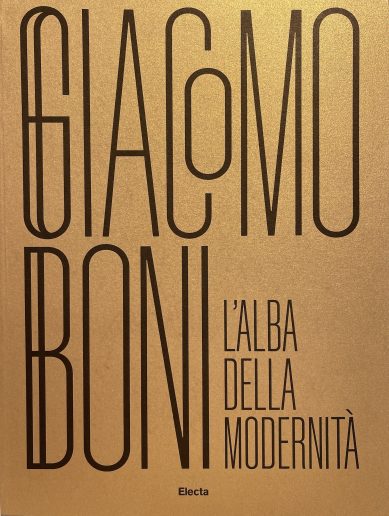 GIACOMO BONI. THE DAWN OF MODERNITY

On the occasion of the exhibition GIACOMO BONI. THE DAWN OF MODERNITY, Galleria Berardi has lent several works, including The dead grass, the scythe and the children (1902) by Giovanni Prini and the Circe (1931) by Umberto Bottazzi.

The Archaeological Park of the Colosseum is dedicating a major exhibition to the figure of Giacomo Boni (Venice, 1859 – Rome, 1925) in the places where the archaeologist and architect mainly worked: the Roman Forum and the Palatine.

The exhibition is divided into four sections:

the archaeological activity and the forensic museum, in the Complesso di Santa Maria Nova;
the life of Boni, in the Temple of Romulus;
the discovery of the church and the Byzantine painting cycle, in Santa Maria Antiqua and the Domitian ramp;
the cultural and artistic context of the early twentieth century, in the Farnese Uccelliere.

What emerges is the overall vision of a man who was self-taught, trained as a draftsman in Venetian shipyards, but over time became an archaeologist and architect, developing innovative methods of excavation – starting with stratigraphy – restoration and enhancement.
He was a keen disseminator of his own archaeological discoveries, which revealed a pre-Republican and mediaeval Rome, and was also a forerunner in the field of documentation of excavations and communication through the use of aerostatic photography.