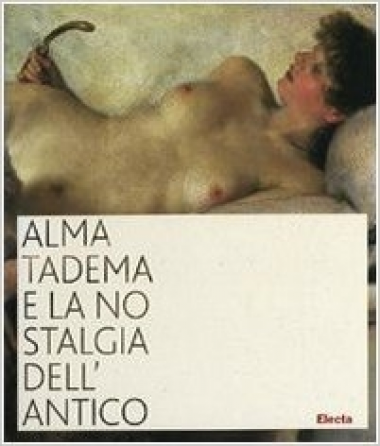 Alma-Tadema and the nostalgia of ancient Naples

Event: Alma-Tadema and the nostalgia of ancient Naples

The evocative archaeological discoveries of Pompeii and the Vesuvius area, the subject of in-depth excavations during the nineteenth century, exerted a very strong influence on the imagination of painters and writers during the century, restoring a vivid and extraordinarily present image of the ancient world, with its social, political, daily and artistic reality.

Alma-Tadema and the nostalgia of the ancient is the exhibition promoted by the Campania Region as part of the review “Events in Campania 2007” and by the Regional Directorate for Cultural and Landscape Heritage of Campania with the support of the Compagnia di San Paolo, curated by Stefano De Caro, Eugenia Querci, Carlo Sisi.

+ The exhibition traces for the first time a panorama of the development of neo-Pompeian painting in Italy, placing it in a wider international context and placing it in dialogue with the works of the main and most recognized lover of the genre: the Dutch-born, English artist by adoption, Lawrence Alma-Tadema (1836-1912).

The fourteen “museum paintings” of the artist represent an extraordinary rebirth of the Roman (and to a lesser extent, Greek) world, with all the equipment of ancient furnishings, refined clothes, rooms embellished with marble and riot of flowers. With refined technique and meticulous design, he evokes the dream of a world populated by women of absorbed beauty, where the corporeal materiality of the representations eludes the detached neoclassical idealism and makes nostalgia for the past feel urgent and real.

Thanks to his deep archaeological and literary knowledge of classical antiquity, he is able to revive, in a finely aesthetic way, a world now lost, where everyday scenes take on the shades of myth.

The monumental vestiges of Rome, but even more the ruins and finds from Pompeii, Herculaneum and the whole Vesuvian area, are the sources of inspiration not only for Alma-Tadema, but also for the wide array of Italian and foreign artists (sixty works on display) who approach the neo-Pompeian genre.

Their painting is intended for an upper bourgeois class who loves to recognize themselves, thus ennobling their vices and virtues, in the rites and customs of a now remote society but also re-proposed in the present thanks to the archaeological finds whose discoveries were widely publicized.

The National Archaeological Museum of Naples, which houses the exhibition, collects one of the most prestigious archaeological collections in the world and houses many of the precious finds mentioned, recalled, reworked in the paintings of Italian artists and Alma-Tadema.

A selection of these materials (about fifty archaeological finds) coming from the Vesuvian excavations (statues, tripods, candelabra, frescoes) will be presented in the exhibition, often in comparison with the paintings that have drawn inspiration from them. Among the archaeological works, some Pompeian furnishings, especially bronzes and silverware, are exhibited for the first time after having been subjected to dedicated restoration interventions.

The exhibition itinerary, which dedicates ample space to the Italian school (Gigante, Palizzi, Muzzioli, Maccari, Miola, Morelli, D’Orsi, Netti, Bargellini), starts from the paintings that portray archaeological landscapes (the excavations of Pompeii , the interiors of the houses, the excavators at work, the visiting tourists), interpreted in a realist or more subtly evocative key, to then pass, through a temporal and logical leap, to the material evocation of those ancient places and environments , rebuilt and again populated by their inhabitants.

+ The large section dedicated to the daily dimension shows the visitor the awakening of the ancient shops, the life of masters and clientes, the scenes of female intimacy, religious rituals, gladiatorial entertainment, life at the spa: themes interpreted by different artists according to an always peculiar vision.

We then move on to scenes related to the life of historical figures and public history, to then get to the heart of the exhibition: a selection of works by Alma-Tadema, from important international collections, public and private, dialogues with the Vesuvian archaeological materials that the more they acted on the artist’s imagination.

The exhibition is completed by a selection of documents and decorative art objects from the nineteenth century (tables, ceramics), also inspired by archaeological discoveries and the re-enactment of antiquity. The exhibition catalog is published by the Electa publishing house.