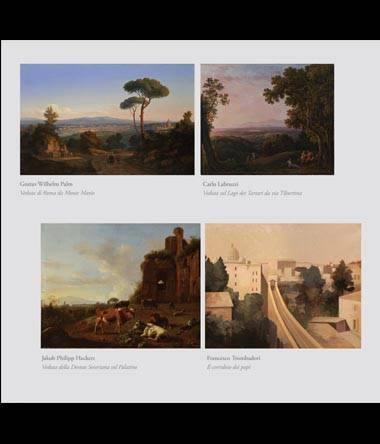 Views of Rome and its countryside. From Hackert to Trombadori

The exhibition Views of Rome and its countryside. From Hackert to Trombadori it intends to retrace the activity of the masters committed to depicting the eternal city from the end of the eighteenth century to the first half of the twentieth century.

Masters such as Hackert or Labruzzi resume the typical setting of Enlightenment matrix landscape painting, while other painters such as Martin Verstappen introduced the study method carried out in the open air at the beginning of the nineteenth century; along the course of the nineteenth century other painters, often foreigners such as Strutt or Knebel, developed a model of view for the rich bourgeois clientele passing through the Eternal City.

The secessionist experiments of Amedeo Bocchi, the Divisionist ones of Pietro Mengarini as well as those of Francesco Trombadori, already updated on the climate of the return to order, date back to the beginning of the century.