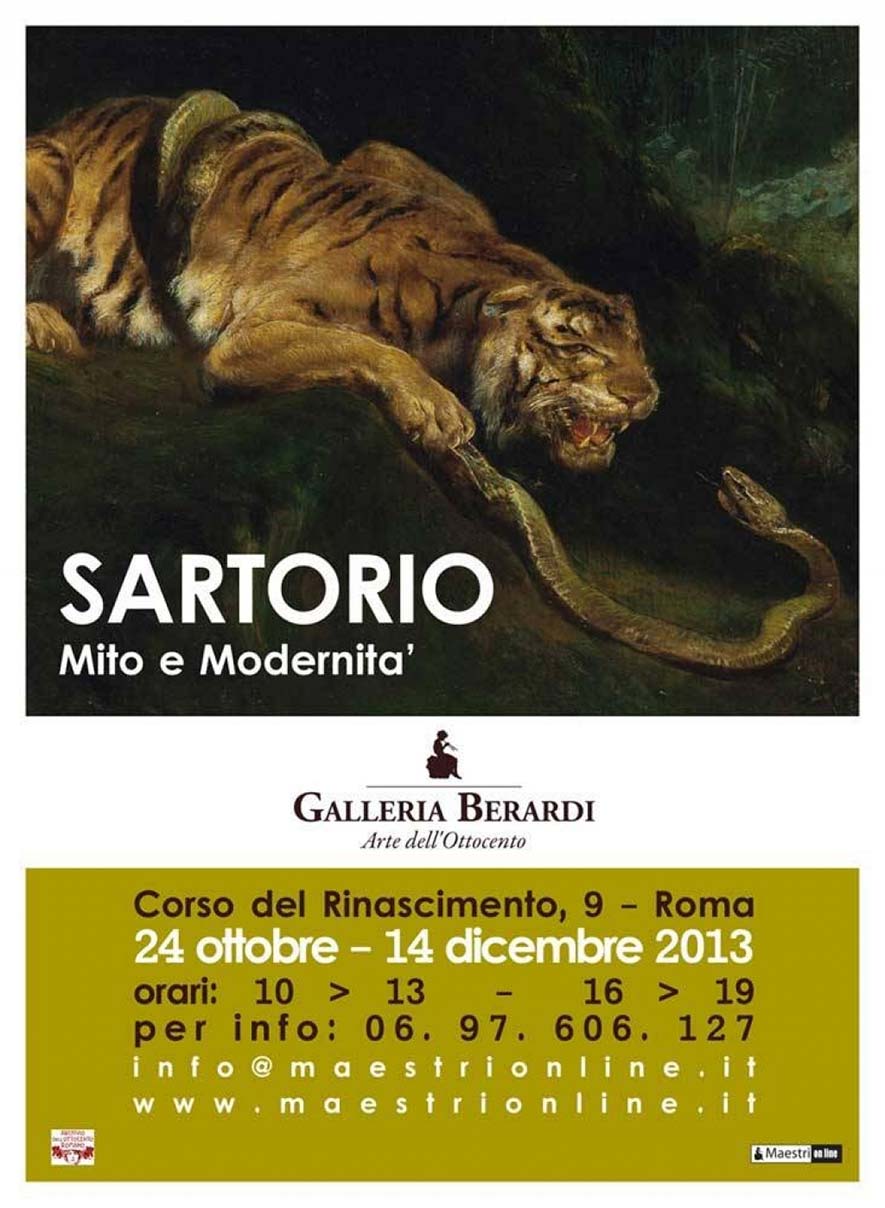 The exhibition “SARTORIO. Myth and Modernity ”wants to return to the public a series of works, largely unpublished or not visible for a long time, by Giulio Aristide Sartorio (1860 – 1932), underlining the dualism between its classicist essence and the most innovative and experimental aspect. The selection of the works on display – carried out by Gianluca Berardi, former professor at “La Sapienza University” with a course on 19th-century painting in Italy – covers the entire artistic career of the master.

The various sections of the exhibition investigate the multiple aspects of Sartorio: the Art of Landscape, dedicated to the Roman countryside which has been a source of continuous inspiration over the years; the Painting of Ideas which saw Sartorio leader of the symbolist season in Rome; the refined animalier Sartorio, attracted by the possibility of depicting exotic animals between naturalism and symbolism; the Decoration, which saw him as the creator of the official language of the new Italy; the tranche de vie dedicated to the Great War, surprisingly always different and effective; an Artist in motion, for the first time the movements of the master and the consequent opportunities to find ever new pictorial motifs are investigated chronologically; The “unexpected paradise” that inspired light painting in Fregene, one of the master’s most serene expressive moments.

Among the works on display: Tiger fighting with snake, referable to his stay in Weimar at the end of the 19th century; the Pratica di mare landscape of 1923, inspired by a photograph of Count Gegè Primoli; Between Monfalcone and Duino, episode of the Great War seen and represented by Sartorio; Bolivia. Tiahuanaco, The ruins of the prehistoric city and Haiti.

The beach, views of South America taken during the journey made in 1924, both presented at the exhibition held in New York in 1927 and long lost; the monumental In the village of Circe from 1926, coming from a villa in via San Sebastiano belonging to Giulio Barluzzi. The catalog contains a list of the exhibitions carried out by Sartorio in his lifetime, carefully drawn up by Teresa Sacchi Lodispoto, with the relative title of the works sent.