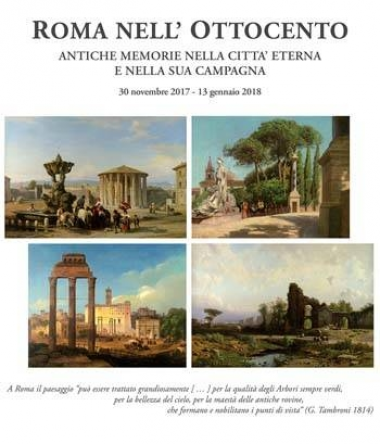 Rome in the nineteenth century. Ancient memories in the Eternal City and its countryside

Since the end of the eighteenth century, Rome and its surroundings have been explored inch by inch by a vast array of prominent painters, mostly foreigners. The reason is to be found in the “memory density” that survived in the Eternal City and its countryside, the only place where the landscape “can be treated grandly […] for the quality of the evergreen trees, for the beauty of the sky, for the majesty of the ancient ruins, which form and ennoble the points of view ”(G. Tambroni 1814), actually fueling the imagination of painters.

The current exhibition explores these “ancient memories” depicted by the painters of the nineteenth century along their wanderings in search of inspiration for Rome and its surroundings.

Among the authors presented, the presence of foreigners is remarkable: the Swiss painter Franz Knebel, the Dutch Carel Max Quaedvlieg, the German Carl Wuttke, the English Arthur John Strutt, the French Jean Joseph Xavier Bidauld, the Danish Frederik Christian Lund and the Polish Henrik Cieszcowski, while among the Italians we remember Pio Joris and Francesco Raffaele Santoro, Pietro Sassi and Vincenzo Giovannini.