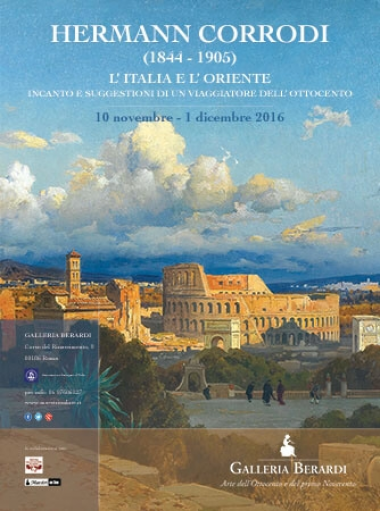 Hermann Corrodi (1844 – 1905). Italy and the East. Charm and suggestions of a nineteenth-century traveler

A prolific interpreter of this long tradition which from Poussin and Lorraine and from 18th century landscape painting led to the great season of the 19th century Roman landscape, Hermann Corrodi was an artist with a social and international vocation, appreciated by the ruling families of his time.

For the first time since his death, the Berardi Gallery is dedicating an exhibition to the artist in which are exhibited a series of exemplary works of the key themes of his rich production: from the profound suggestion of the grandeur of the ruins against the dramatic sky of the capital, with the magic of the East, with the powerful vision of the Basilica della Salute in Venice against the background of a night sky full of clouds, with a broad perspective breath of the very clear view of Vesuvius from San Giorgio a Cremano.

The exhibition is accompanied by the first monograph of Corrodi, edited by Teresa Sacchi Lodispoto and Sabrina Spinazzè, accompanied by a rich iconographic device and unpublished bibliographical information, with texts in English and Italian from which emerges an original figure. of a traveling and tireless artist. promoter of itself.

Son of Solomon, a refined Swiss landscape architect who moved to Rome in 1832, he maintained his residence throughout his life in the Eternal City, to which he is linked by a relationship more emotional than professional. Its sunny, bright and panoramic views of Italy and the East are indeed exhibited in Berlin, London, Paris, Chicago and Melbourne.

There are many stays in London and during the summer season in Baden-Banden and Hombrug, where his workshops have been visited by European nobility and the wealthy American bourgeoisie. Calame’s magisterium and the romantic-symbolist sensibility of the Deutschrömer are the basis of what will be the characteristic feature of all his production: the irresistible compositional direction based on extraordinary luministic orchestrations and atmospheric transparencies, capable of making all the images irresistible. and poignant. his compositions from West to East.

Realistic views and at the same time filtered by a Nordic sensibility, able to amplify the wonders of the East with remarkable results: an Orient not in fashion, but really lived since 1876 through a series of trips to the Mediterranean – Egypt , Syria, Holy Land, Dead Sea, Montenegro, Cyprus, Turkey – of which he drew sketches and sketches that will be an inexhaustible source of images for years to come. 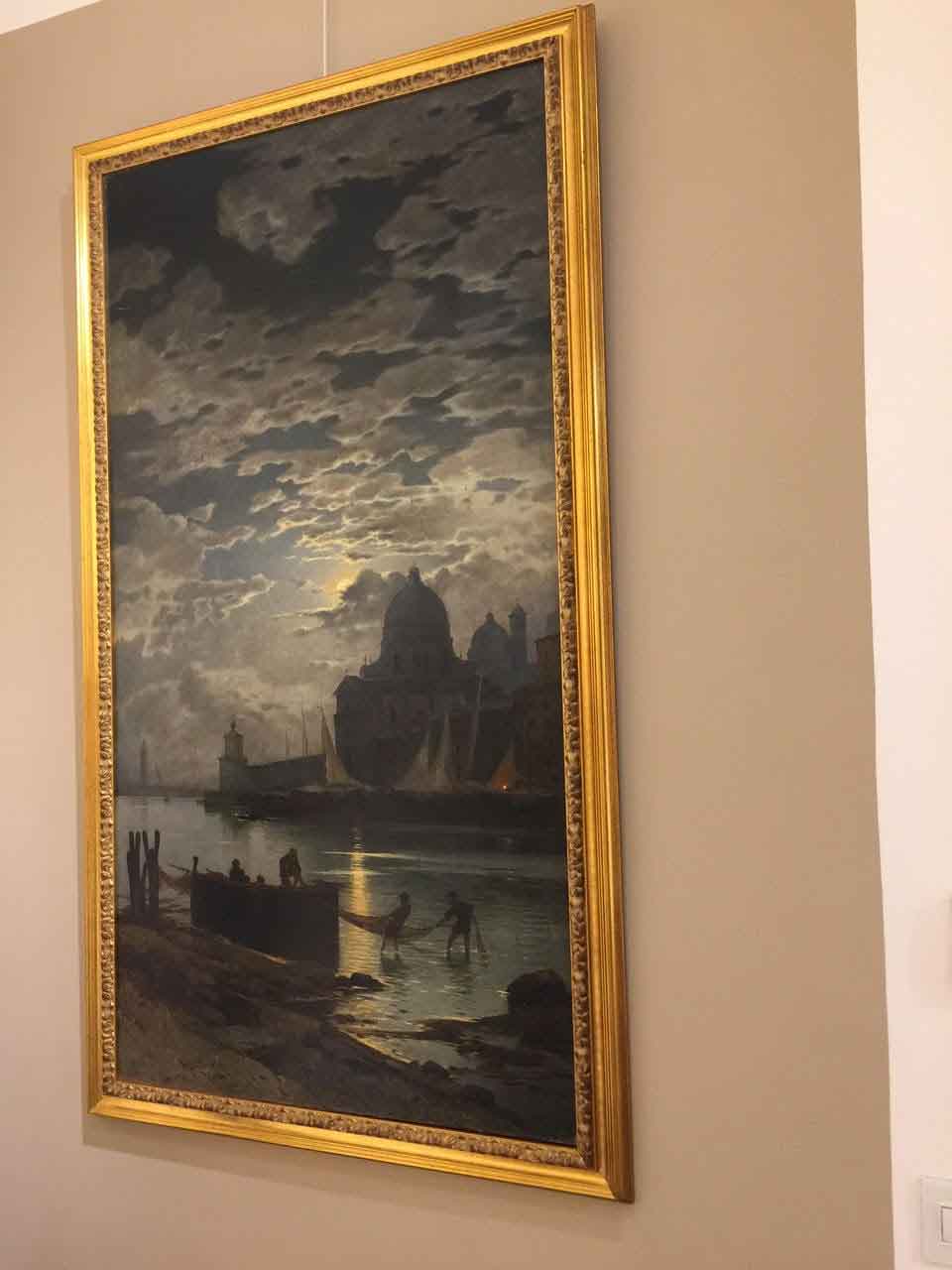 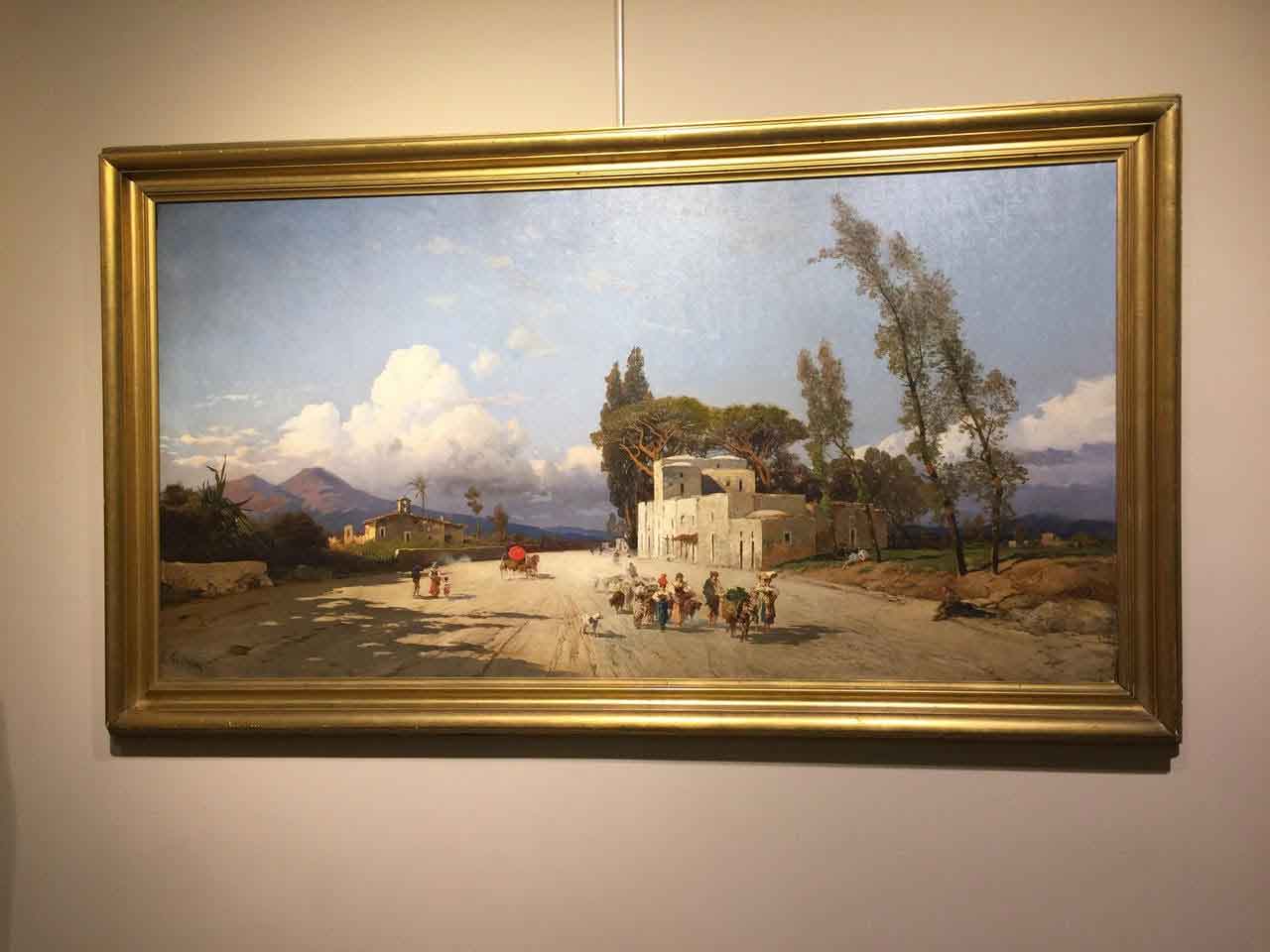 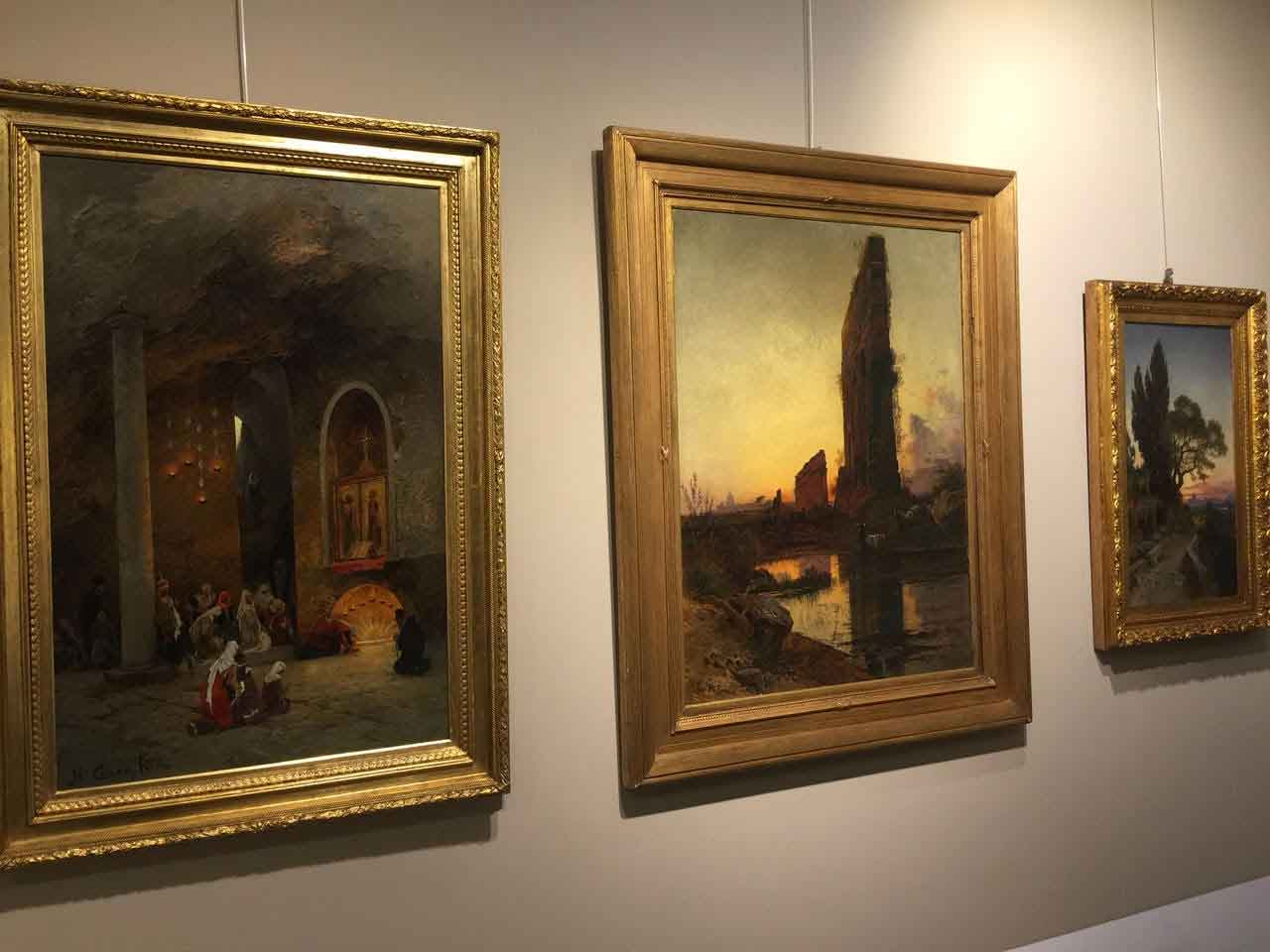 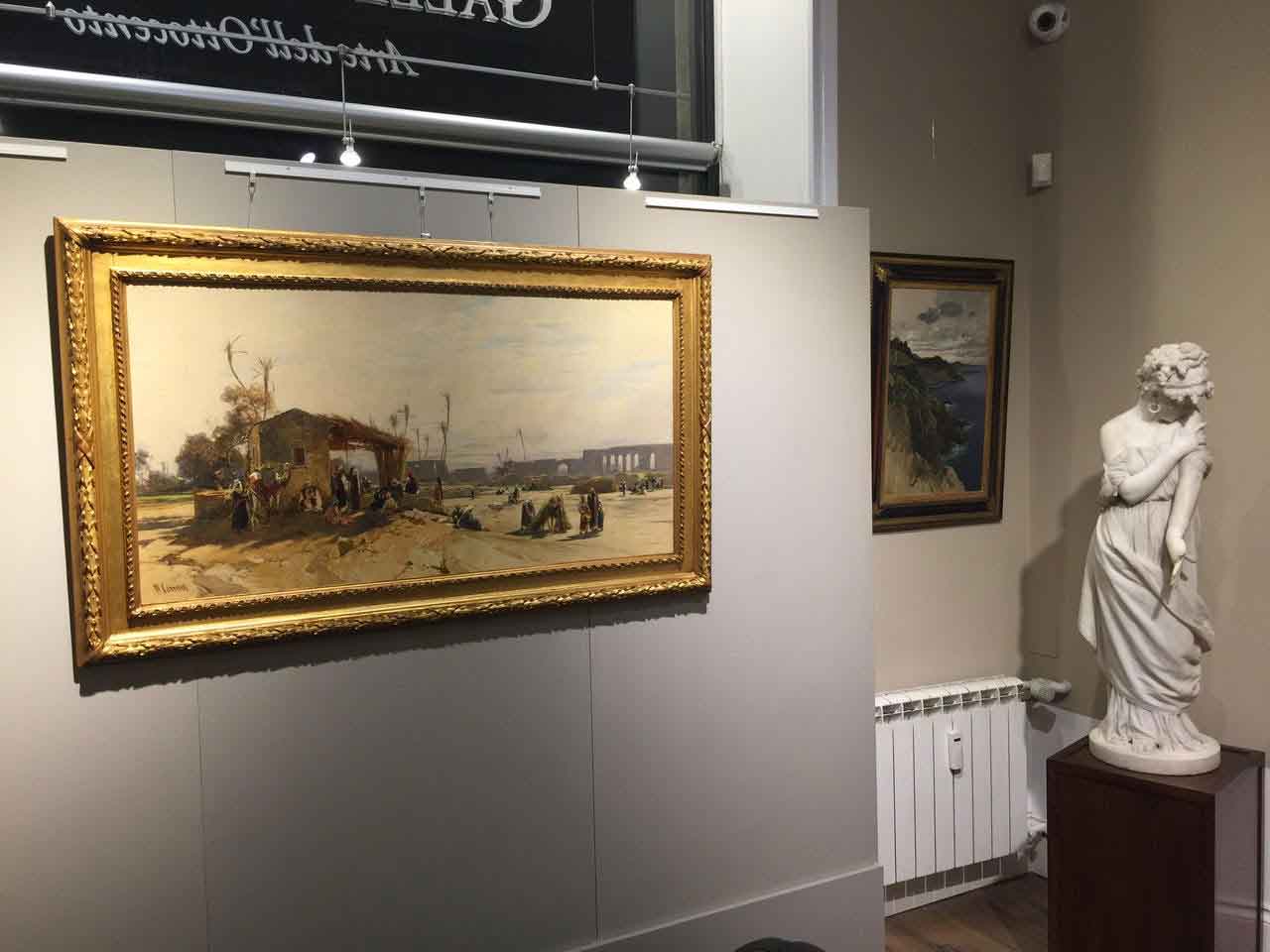 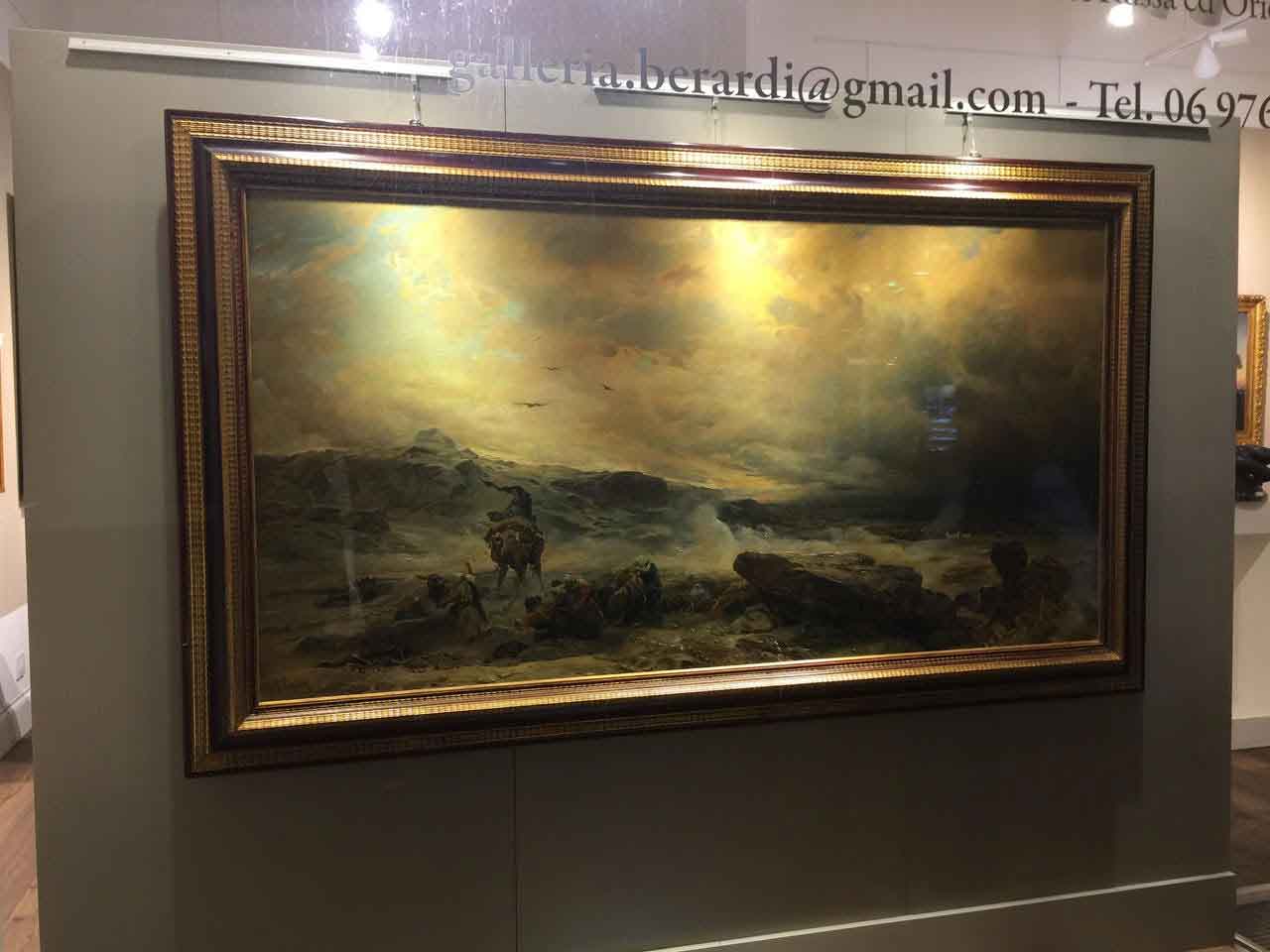