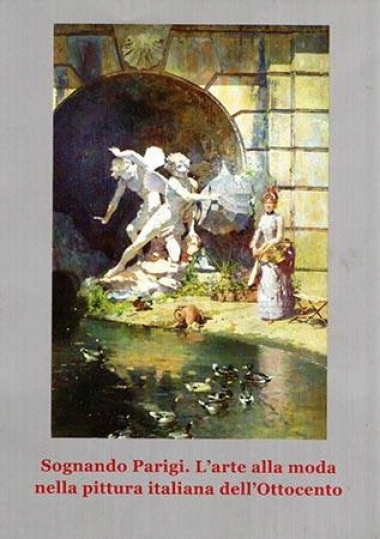 The exhibition intends to offer a brief glimpse of the so-called art “a la mode”, a relevant and generalized phenomenon that has seen, since the 1870s, one of its major centers of radiation in Rome, in via Margutta, and which enlists artists together of great talent and more modest tradesmen, all involved in an irresistible race for success, chasing the myth of Paris.

This painting, destined for the international market, produces genre paintings, gallant encounters in eighteenth-century costume, orientalist and neo-Pompeian scenes, but also landscapes flooded with Mediterranean light, characterized by the skill and fluency of the firework brushstrokes and dazzling colors.

Works all destined, through the Parisian and European merchants, to embellish the homes of the rich European and North American bourgeoisie, who love to buy paintings immediately understandable for the pleasantness of the subjects and whose value is easily measurable for the high quality of the painting technique.