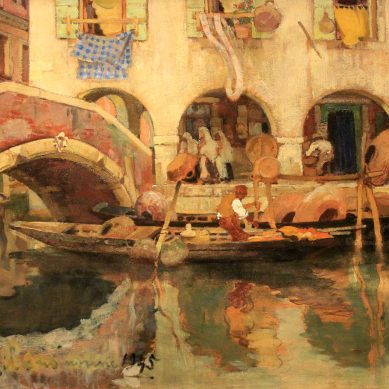 Vettore Zanetti Zilla
Under the porticoes in Chioggia (1945)