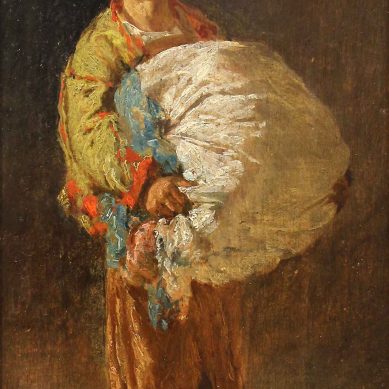 Ernesto Bazzaro
Oriental woman with baby on a camel