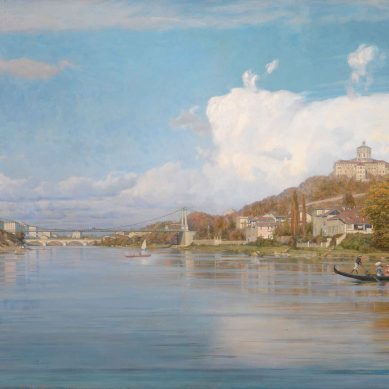 Pietro Mengarini
Sunset on the Tiber (1908)