Agostino Bosia
The birth of the poet
Giovanni Battista Crema 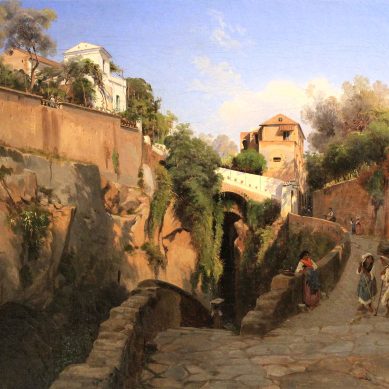 Teodoro Duclere
Valley of the mills of Sorrento